Engineers at Clearhand provide a Structural Engineering Service in South Wales and beyond.

Recently, their Structural Steel Design skills were used to help with the refurbishment of a number of dockside cranes operated by ABP.

Up until recently, the cranes were in constant use at Newport Docks.

However, the cranes required a complete Mechanical and Electrical overhaul, together with relocation to Swansea Docks.

Consequently, the proposed move caused further issues, such as:- 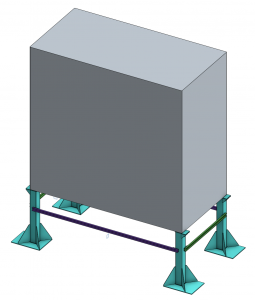 As a result, all 3D Models are available in one place using Onshape.

Giving the advantage of all 3D Models initially created in different software available for use in one system.